“Your addicted to thrills?  What an empty life!  The pursuit of pleasure is never satisfied.”

“Do your best, prepare for the worst- then trust God to bring victory.”

Memories flooded my head this morning.  I woke up at 2:45 am…

Big Lonnie came in the room and tried his hardest to be quiet but, I still heard him.  I laid in bed wondering why he was up so early.  Was he in pain? Was he unable to sleep for some reason?  I laid wondering what was wrong.  Why must our subconscious go back to the traumatic memories we’ve experienced?  I destroyed and uncreated my thoughts and tried to fall asleep.  But, I could not.  I laid there, worried about everything.

Later, on the way home I looked at the hills and the sunshine and reminded myself that God was proud of me. Rewind to ten years ago:

I was in Lafayette.  I was divorced again! I was a single mom.  I was struggling.  I was scared. I dependent on a man.  I was not worthy of myself.  I was not happy.  I was loosing faith. I was clean and I sure as hell was not going to sell drugs again.  My circle was small and the women I was associating myself with were not uplifting me to be my best.

I reflect on the old version of myself and I believe I didn’t have the right guidance nor self care practices to heal my inner wounds.  I was still tempted by empty thrills.  I was on the pursuit to find love in all the wrong places and at times I had to stop myself, so I would refocus my attention to Gabby and Matt.

On the outside, people thought I was holding it all together but inside, I cried.  I wondered when I would meet the right fellow who would sweep me off my feet and tell me everything was going to be ok.

This new version of myself was a very vulnerable place to be at and I feared I would get hurt all over again.  I prayed on my hands and knees thanking God for another opportunity to make things right and be my best, but it was so hard being in the same city amongst the same people who tempted to narrow the path of my life.  I really missed my father and my grief was unbearable at times.

I felt I was being judged and wondered often what parents thought of me.  It was a real shitty place to be in.

The following year, I got my house and a new job opened up for me.  I wanted to conquer the world. I wanted to move to Houston or a bigger city but, my mom steered me away and said I could not do that because Gabby and Matt needed to be by their family. I did what I was told because I thought I was not capable of making the right decision.  Life became easier.  I was saying no to things I should not dabble into and channeled the highs into my work.

I began working for a nationwide author and I ran her non-profit.  It was fun.  I enjoyed the energy.  But, like always, the trauma and drama found me.  This time at my job. My boss had three daughters.  Two of them were drug addicts and I became the fixer. I will never disclose the stuff I saw because it is not my place. I knew God was taking me down another path and didn’t want me to run.  He was just beginning.  I observed for two years -and those two years were painful.

God was just starting my new story and I needed to listen and pay close attention to what he was saying.  I met Lonnie and he was amazing.  He respected me and was helping me see what God wanted me to see.  I remember him telling me to quit my job and open up my own non-profit and pay myself.  I was like, “You are crazy!”  But, he was right.  I could do this. 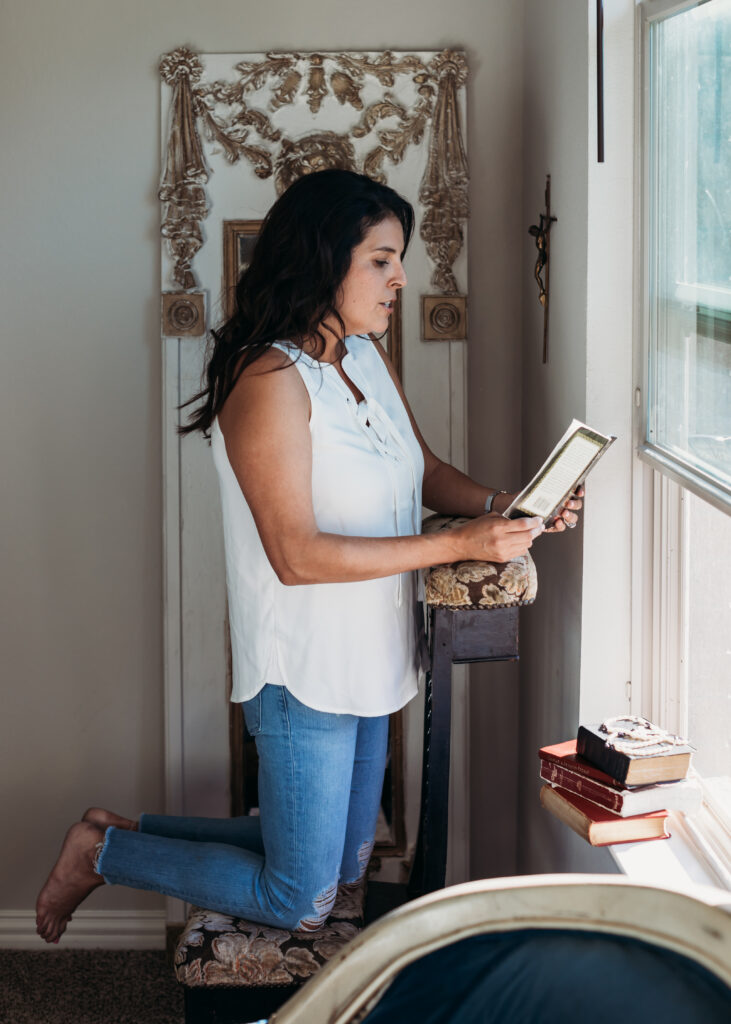 The scariest thing for me was writing the email to my boss explaining why I was quitting.  I could not be around an environment where a thrill for another would endanger everything I had recreated.  I actually lost a baby because I was so stressed and worried about others instead of myself.

It was time to worry about me and the new life within me.  I was thirty and having a baby. It seemed challenging and with another two at that scared me to death. I was on bed rest for the remaining pregnancy and I was glad I chose me for the first time in a long time.

So, as I was driving home I witnessed what God had mapped out for me a long time ago.  A healthy life.  A life of goodness and love.  My friend would always tell me, “Gigi you are a wildflower that needs to be uprooted and planted in the wild.  She was right. I needed to be uprooted from the shit pile I was living and spread out to show the world that I could achieve happiness in a healthy way.

When you start choosing a spiritual life the harvest you will find will be enormous and will flourish into goodness. I got on my hands and knees this morning praising God for the opportunity to speak out about my ugliness.  I know my protection and my armor is on and whatever comes my way will know it cannot deceive me as I am now protected.